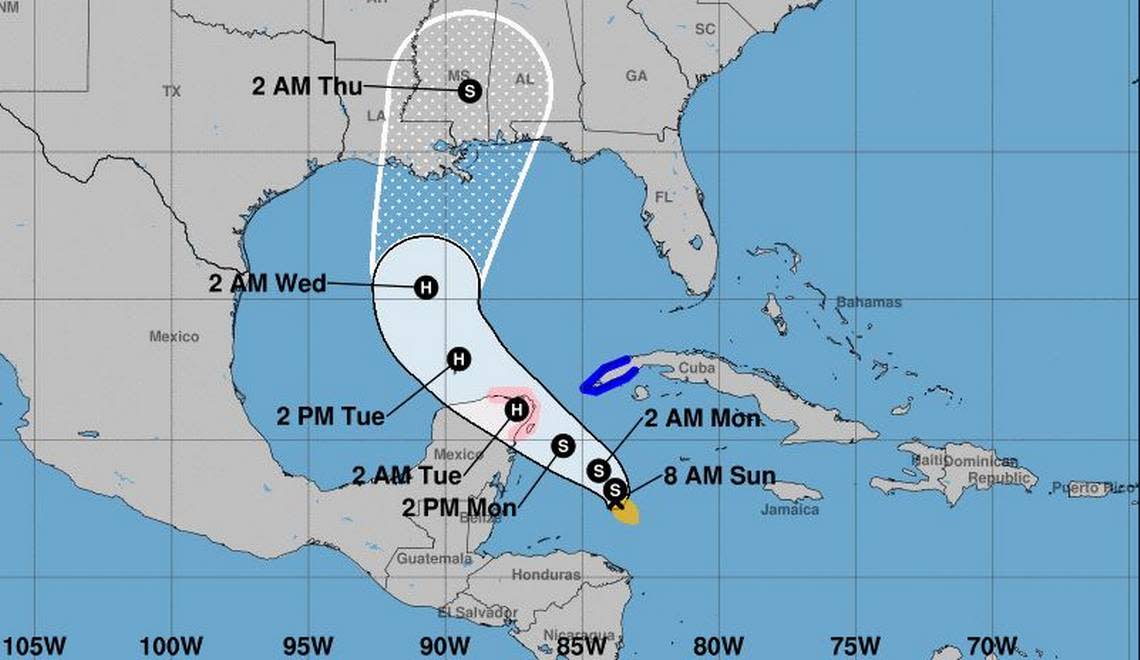 The 2005 season got to 27 named storms plus one unnamed storm that wasn’t discovered until post-hurricane season analysis. Even counting that storm, 2005 would’ve reached 27 named storms Nov. 29, when 2005’s Hurricane Epsilon became a tropical storm.

According to the National Hurricane Center’s 8 a.m. update, Pinar del Rio, Cuba is under a Tropical Storm Warning and, in Mexico, Cozumel and Tulum to Rio Lagartos are under Hurricane Warning. Early week rains in South Florida, including the Keys, Jamaica, the Cayman Islands, parts of central and western Cuba area “might lead to flash flooding in urban areas.”

As of the 8 a.m. update, Zeta has taken a seat about 290 miles south southeast of Cuba’s western finger and 270 miles southeast of Cozumel. Zeta’s got 40 mph maximum winds, but is forecast to be a hurricane by late Monday or early Tuesday.

After a Wet Period;The Pine Belt will enjoy Cooler and Dryer end of the week